In the past, Matt and I have traditionally carved our pumpkins.  And in the past, he has traditionally complained about such a tradition EVERY SINGLE year.  He hates all things pumpkin, and the only reason why he ever carves them with me is because I gave him such grief about it during our first year of marriage.
Starting family traditions was a big deal to me when we first got married, especially during the holidays.  The first year we were married, I bought two pumpkins, a pumpkin carving kit, and some yummy fall food in hopes of having a date night carving pumpkins with my love.  Being newly weds, Matt must have not gotten the clue that pumpkin carving was my idea of a date, because he ended up taking a nap while I sat out on the porch carving both pumpkins all by myself.  My feelings were a little hurt that year, so the next year he brought home pumpkins for us to carve together.  He still hates pumpkin carving, but he’s done it with me every year since then.
This year, I decided that we would paint pumpkins, so he didn’t have to touch any of the pumpkin guts.  I was a little OCD about the placement of the polka dots though, so what ended up happening is that I painted all of the pumpkins, while Matt sat in the rocking chair eating caramel apples.  I think this new plan worked for us though. As a result, pumpkin painting may end up becoming our new tradition.  I got to express my creative side, which I love doing.   Matt got to eat, which he loves doing. At the end of the night, we still enjoyed one another’s company.  Yep, I’m definitely sensing a new tradition for us;) 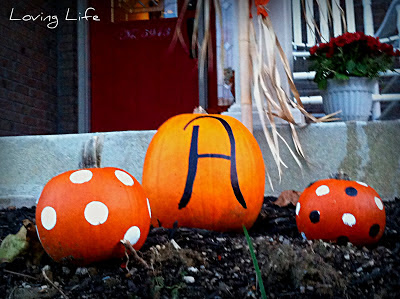 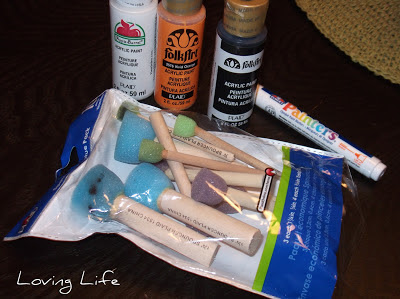 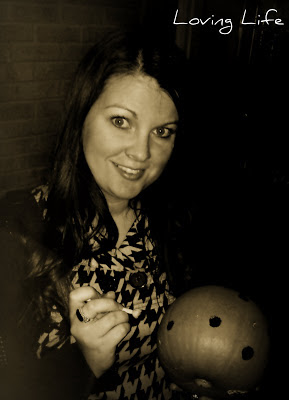 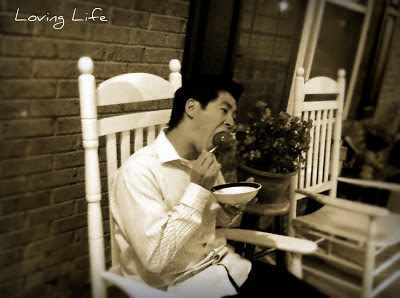 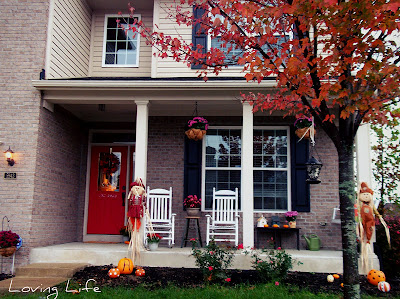 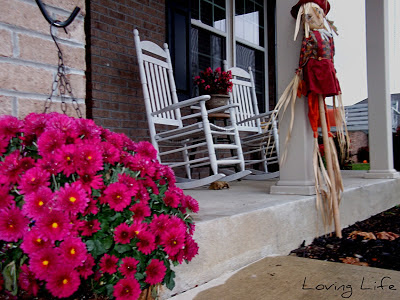 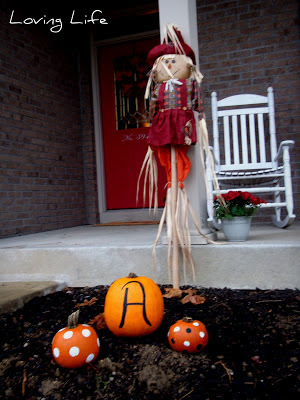 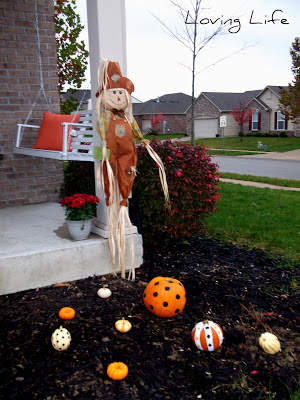 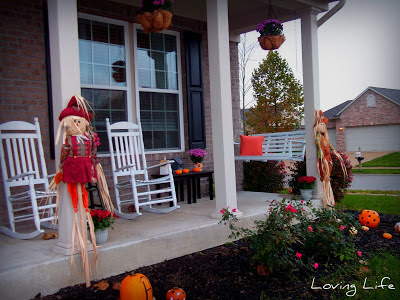 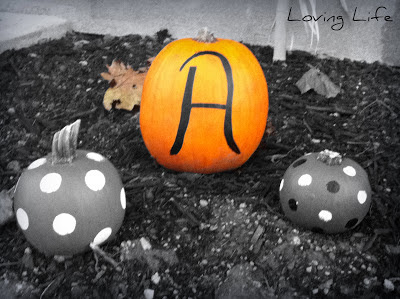 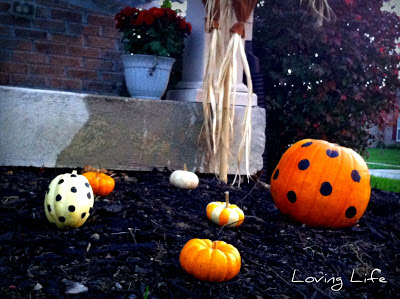 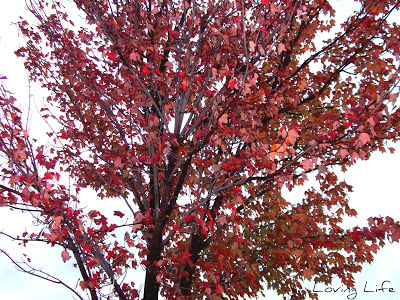 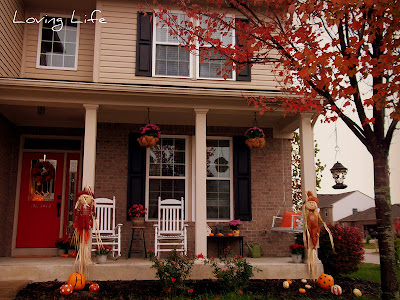 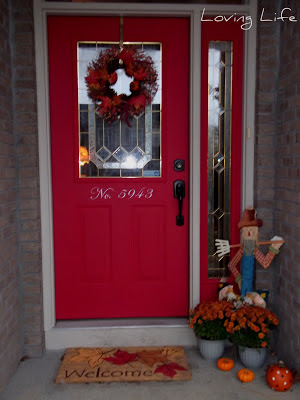 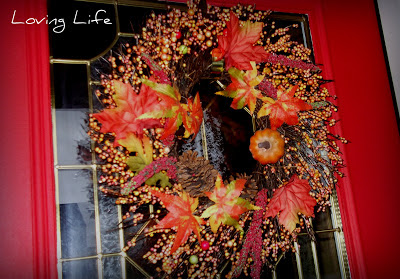 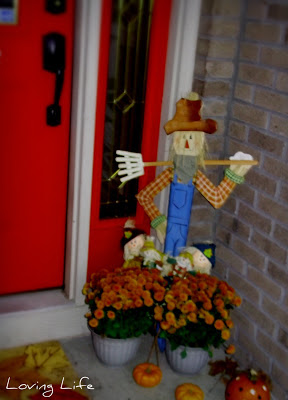 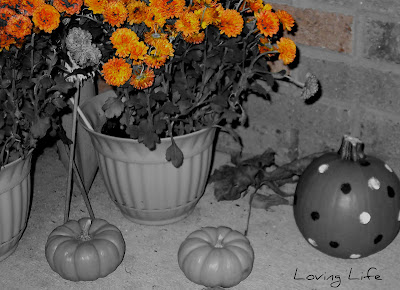 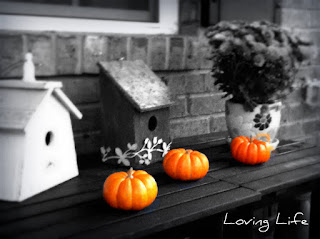 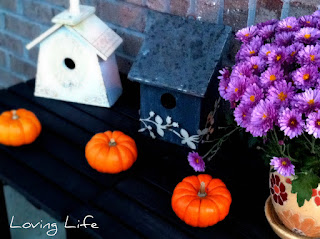