As of last night, has had .009 inches of rain in 47 days….that’s it….not a drop more.  Every time we’ve had a chance of rain in the forecast, the rain either goes north or south of us, taunting us on its way.  For example, this weekend was the first time in a while that the potential of rain looked promising.  The grey sky even looked like it was going to pour all day, but no rain fell from the sky at my house today.  Here it is, the end of the night, and our lawn is still bone dry.


They say that this is the driest it’s been in nearly a hundred years.  It’s bad folks…it’s really bad.  Farmers are losing crops, and their way of life is being tested.  Several counties banned fireworks this year due to the fire risk.  Lawns that are usually green and lush have turned dry and brittle.  The few lawns that still look good, due to sprinklers or expensive irrigations systems, will soon look like the rest of our lawns due to the recent water ban.  And the heat….well the heat has been intense this year.  I am glad to say that we were on vacation for the hottest days of the summer.  We had a heat wave of several 100+ degree days!  Thank goodness we were gone for that!  We are used to hot and humid summers here, but we’re certainly not used to southwest dessert-like temps during the summer months.


At the beginning of the summer, our lawn started to look brown and pathetic resembling hay.  Matt refuses to invest in sprinklers, because it makes the water bill go up as well as the number of times he’ll have to mow this year, a chore that he absolutely despises.   Someday, I hope to change his mind about such an investment.  As for the flowers that we planted this year, they are more or less for me and my enjoyment. They survived the summer with lots of TLC….well they survived until we went on vacation.  I’m uncertain if it was the heat wave that killed them or the fact that we didn’t clarify with our house sitter how much to water the plants while we were gone.  I think it may have been a little of both, but either way this is what we came home to after vacation. 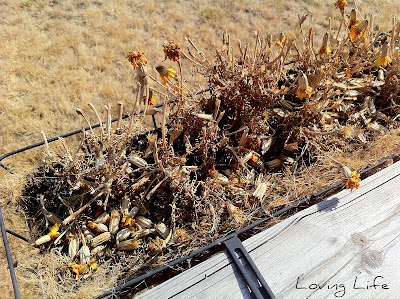 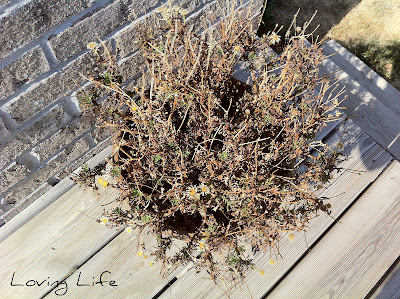 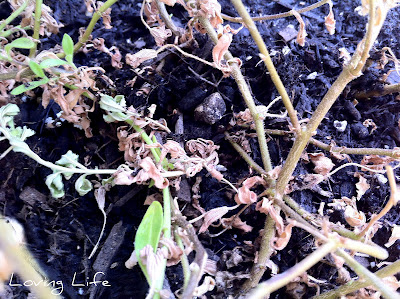 Following the discovery that my flowers now matched my lawn, I called my mother who has a green thumb and explained to her my findings.  She pretty much said there was no hope for my potted beauties, seen here when I first planted them in the spring.

This is the first weekend we’ve been home since we got back from vacation, and along with a few other things we needed to get done this weekend, replacing all of my potted flowers was at the top of the list. The good thing about buying flowers this late in the year is that plants cost less.  The bad thing about buying plants this late in the year is that the quality of the plant is also less than when buying them at the beginning of the year.  I think that with a lot of TLC, the new flowers are gonna survive the second half of the summer just fine.  We may still have a bone dry and brittle lawn, but so help me the flowers will look good if I have any say in it;)  Here's to keeping my flowers alive in the drought of 2012.
Posted by Rachel at 4:17 PM

Email ThisBlogThis!Share to TwitterShare to FacebookShare to Pinterest
Labels: random