Three years ago today, Matt and I stood before our pastor and our parents and became husband and wife.  The vows we said on that day are not taken lightly.  For that reason, I wanted to display those vows in our home as a visible reminder of those sacred vows.  So on this day, our three year anniversary, Matt woke up to the following project displayed on our bedroom wall. 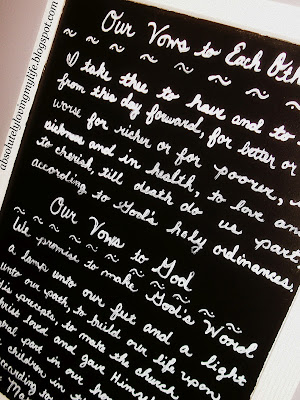 I got the idea for this project several months ago, when I saw someone do a similar project on their blog. At the time, I made a mental note to create a similar project for our next anniversary. I’m usually pretty good about giving credit to people when credit is do, but for the life of me, I can’t figure out where I originally saw the idea for this project. Just know that whoever you are, you inspired me:) 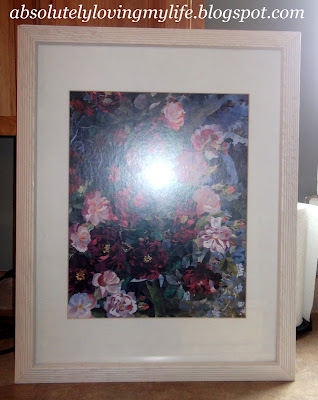 First I bought an appropriate sized frame at Goodwill for this project.  I made sure to shop for a frame the first Saturday of the month at Goodwill.  That is the one day a month everything in the store is half off.  I ended up paying $3 for this frame. 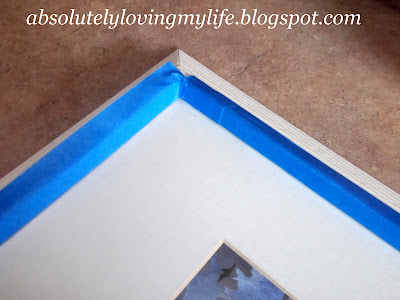 Once I was ready to begin this project,  I taped around the glass.  I could have taken the glass out of the frame instead of taping it, but this method seemed just as easy to me. 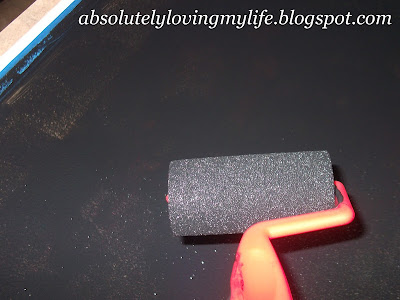 Using a sponge roller, I then painted the glass….. 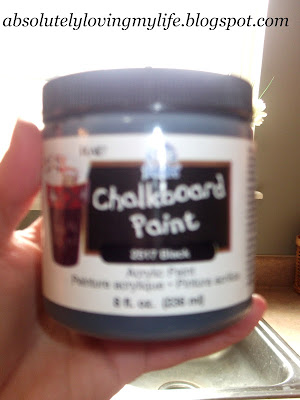 ……. with some chalk board paint that I had from a previous project.  Sponge rollers can be found at Wal-Mart or any craft store for a few dollars. 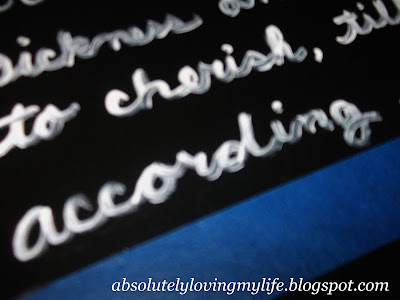 Once the paint was dry, I began prepping the board for writing. To do this, I used tape to make sure I was writing in a straight line. 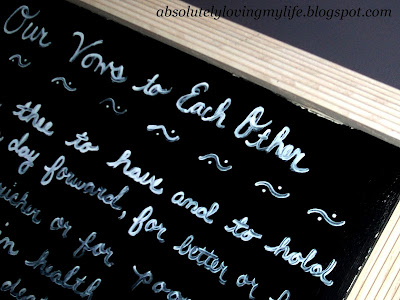 To make sure the spacing of my words looked right, I wrote in pencil before going over the letters with a paint marker. 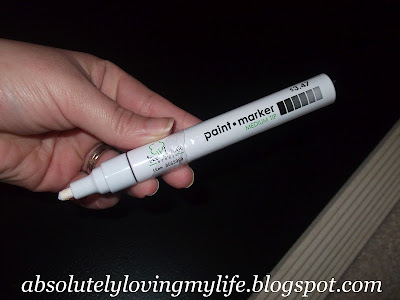 Because I wanted the vows to permanently be written on the board, I chose to use a fine point paint marker for this project instead of chalk.   Paint markers can be found at craft stores for $3-6. 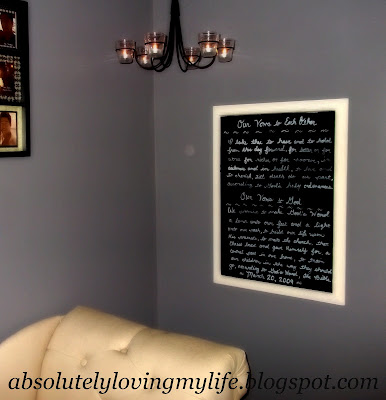 Projects like these make me envious of people who have perfect penmanship.  That is something that I do not have.  I seriously considered paying someone to do the writing for me, but I knew Matt would prefer this art in my own handwriting. 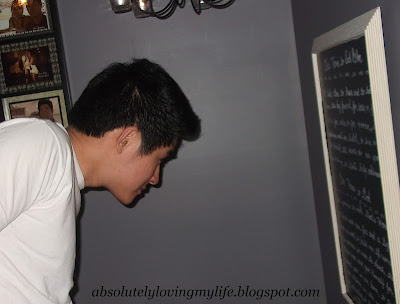 Overall, Matt really liked this project.   It's nice to have a visual reminder of the sacredness of our wedding ceremony and the promises that were made to each other and to God on that special day.
Posted by Rachel at 1:47 PM