Christmas just doesn’t seem like Christmas without snow, and this year we haven’t seen a whole lot of the white stuff.  It’s actually been unseasonably warm this year, and the only thing we’ve seen is a whole lot of rain!   Six weeks of what seemed to be non-stop, weary-dreary rain made it look more like the most “depressing” time of the year rather than the most “wonderful” time of the year!  It seriously seems like the majority of November and December have been full of soggy, dreary, grey days with not even a hint of holiday frost in the air.
Now, don’t get me wrong, by the time January comes around I’m usually sick of the white stuff, but from Thanksgiving to New Years I really can’t get enough of it!   This year Santa disappointment me with spring-like weather on Christmas day.  I mean, I didn’t even wear a coat on Christmas day….can you believe that … there was no need for a coat!   And the neighbor kids were playing outside in there pajamas while riding their bikes!  And people were taking their morning run without a jacket….and wait for it…….they were in shorts….IN DECEMBER!!!  It was craziness I tell you!
Needless to say the early spring-like weather put me in a sort of “bah humbug” mood this Christmas.  Yep, I confess I’ve been a little bit of Scrooge.   I didn’t want to listen to Christmas music, I didn’t even plug in Christmas lights most nights, and I was ready to take down the Christmas tree the night of Christmas. Now I’m not gonna lie, there have been other contributors to my less than Christmas spirit, but the NO SNOW for Christmas just kind of pushed me over into the Christmas blues.
BUT…yes, there is a but...sometimes Santa can be late with our Christmas wishes.  Here we are, two days after Christmas, and what do you think I beheld outside my bedroom window when I woke up this morning……SNOW!  Now….it was a wet snow, because it really isn’t that cold here….and it will probably melt by tomorrow afternoon…..but it was SNOW nonetheless!  Unfortunately, it came on the day that I had to go back to work.  On the plus side, I am  a nanny afterall:)  You better believe we made time to play in the white, wet mess before it makes its disappearing act over the next few days:)
So while Santa must have been late this year, at least he delivered:) Better late than never right:) 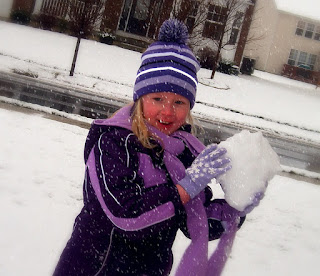 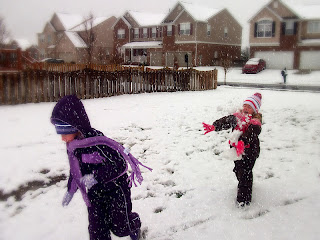 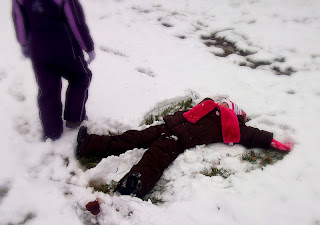 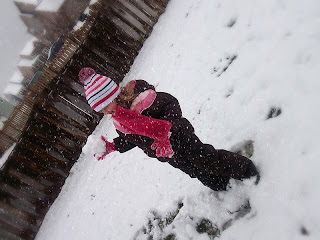 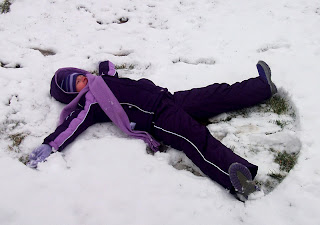 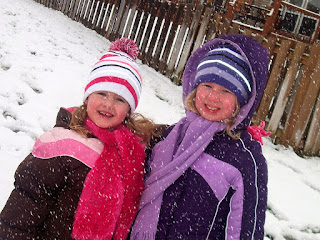 Email ThisBlogThis!Share to TwitterShare to FacebookShare to Pinterest
Labels: holidays, my job