Framing photos can be a really inexpensive form of wall art.  Today, I want to talk about how I used photographs as décor in our nursery.

I’ll start with the three photos that I used above the changing station.  The photos were from our newborn photo session with Kingfish Photography when the boys were two weeks old.  I actually had the photos taken purposefully to fill these three frames.  I wanted a picture of both babies in the middle frame and their individual pictures on the left and right frames.  We received a CD from our photo session with permission to print the pictures.  I printed three 8x10 photos from the Wal-Mart one hour photo lab for $2.99 each. 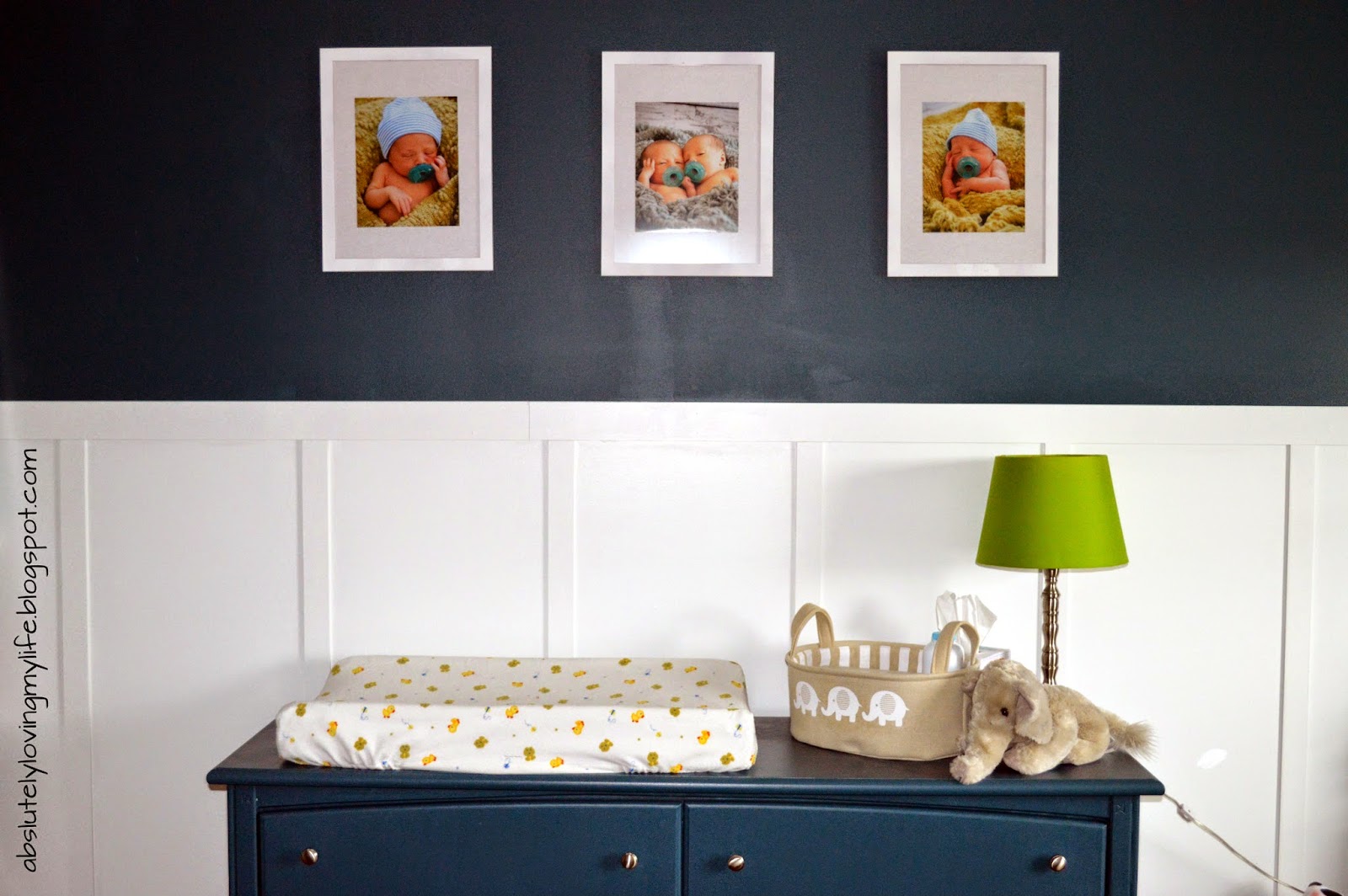 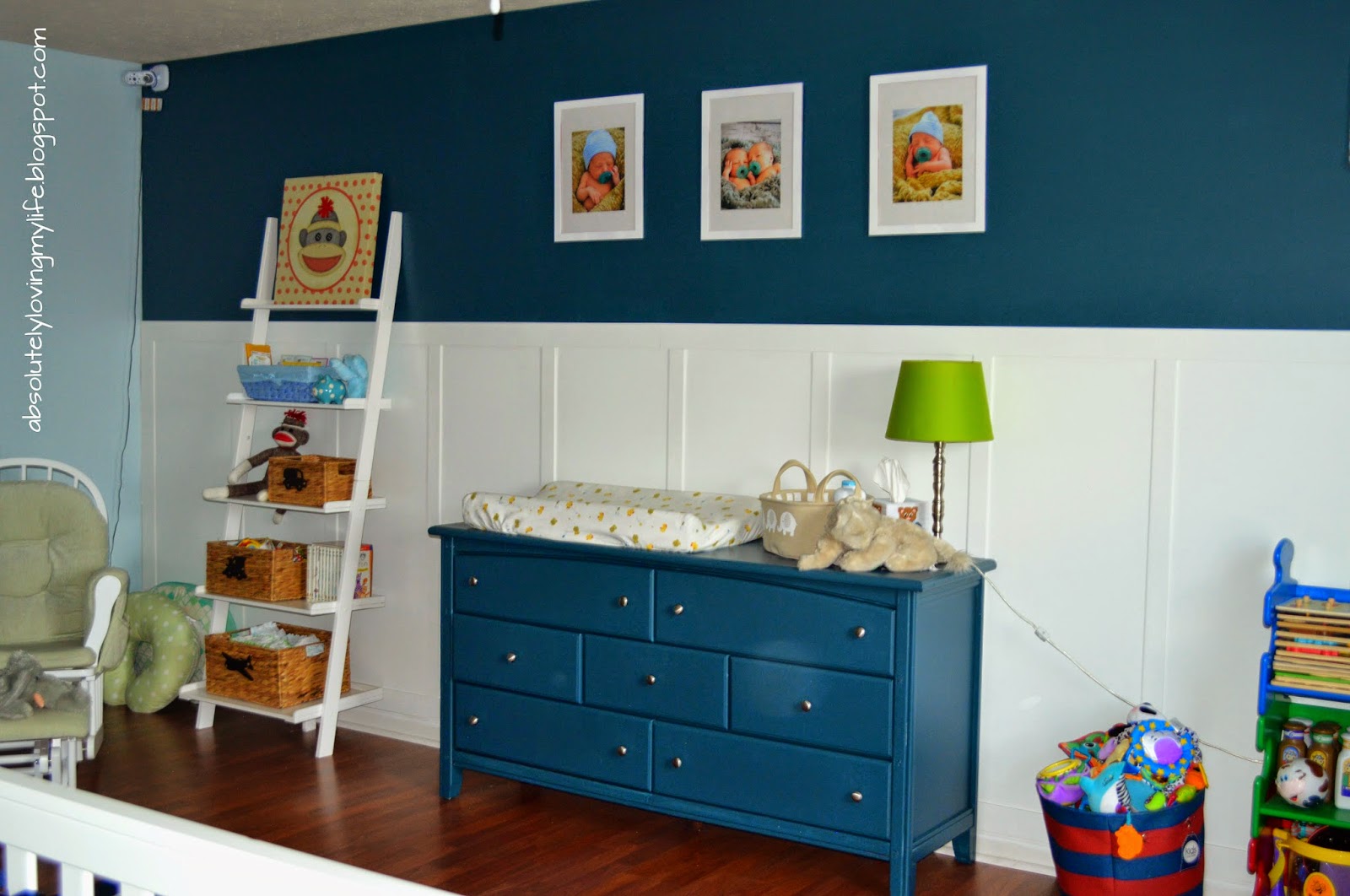 The frames were from Ikea for only $2.99 a frame!  They are a light-weight frame with plastic instead of glass.  When I purchased them they were red.  I took the plastic out, and spray painted the frames white.  Then I turned the paper insert backwards, so the white part of the paper was facing out. Using double sided tape, I then centered the 8x10 photos on the white paper before putting the frames back together and hanging them on the wall. 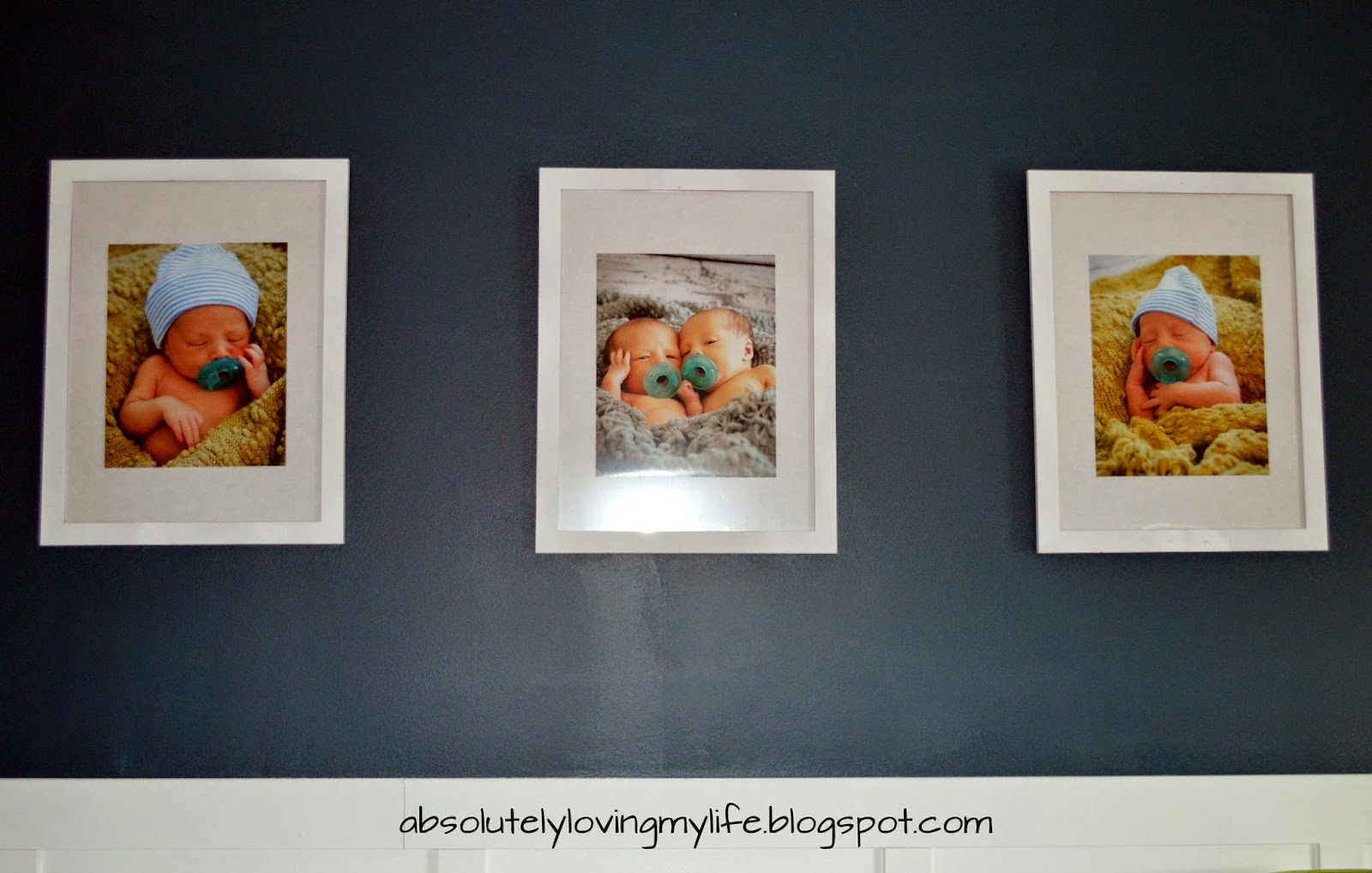 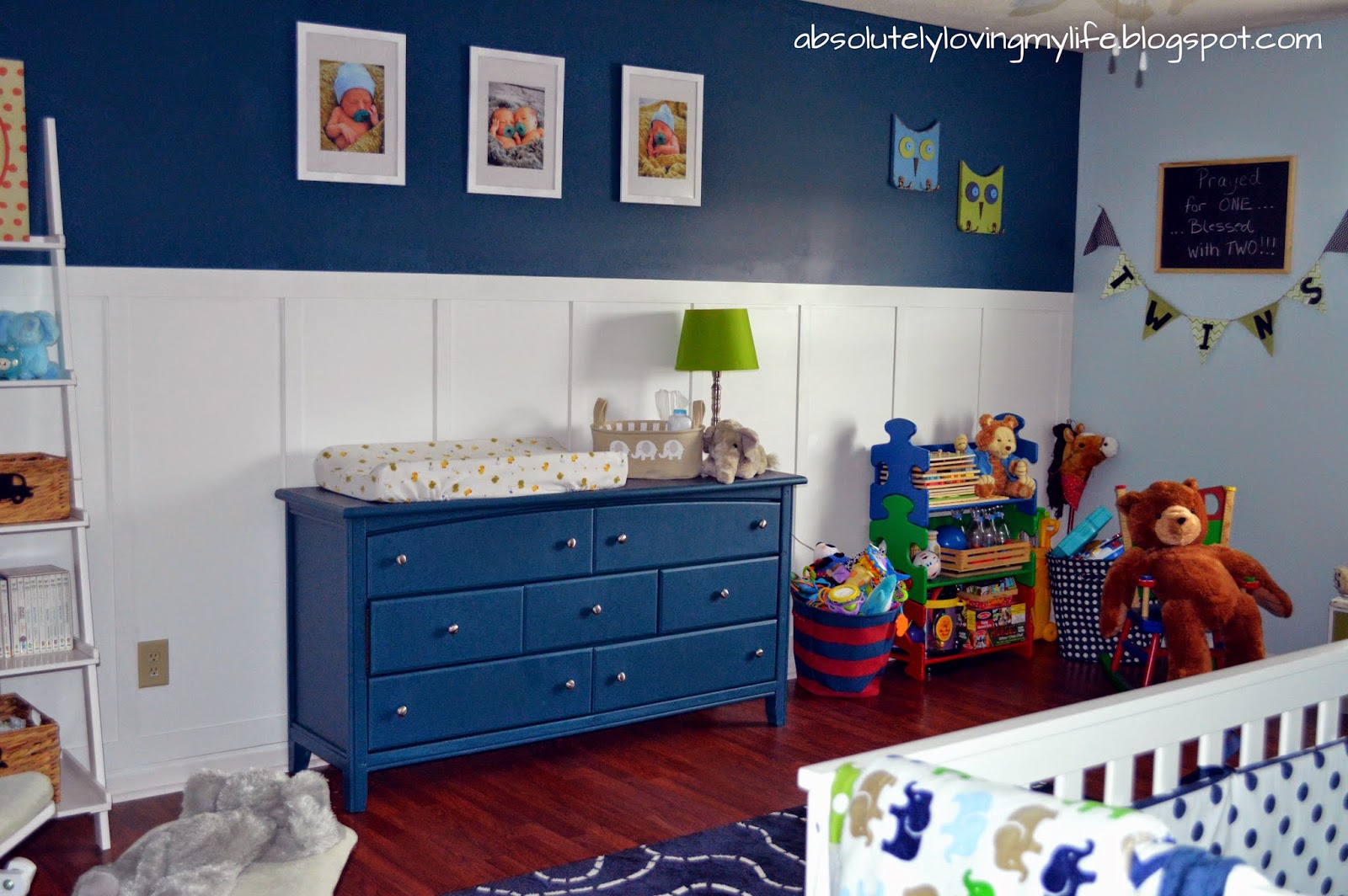 The pictures on the shelves were from our maternity sessions with Kingfish Photography.  We took pictures announcing we were having twins at 12 weeks, pictures announcing their genders at 16 weeks, and pictures of my big baby bump at 30 weeks.  I printed a few of my favorite pictures from those sessions from the Wal-Mart photo lab for $.15 a print. 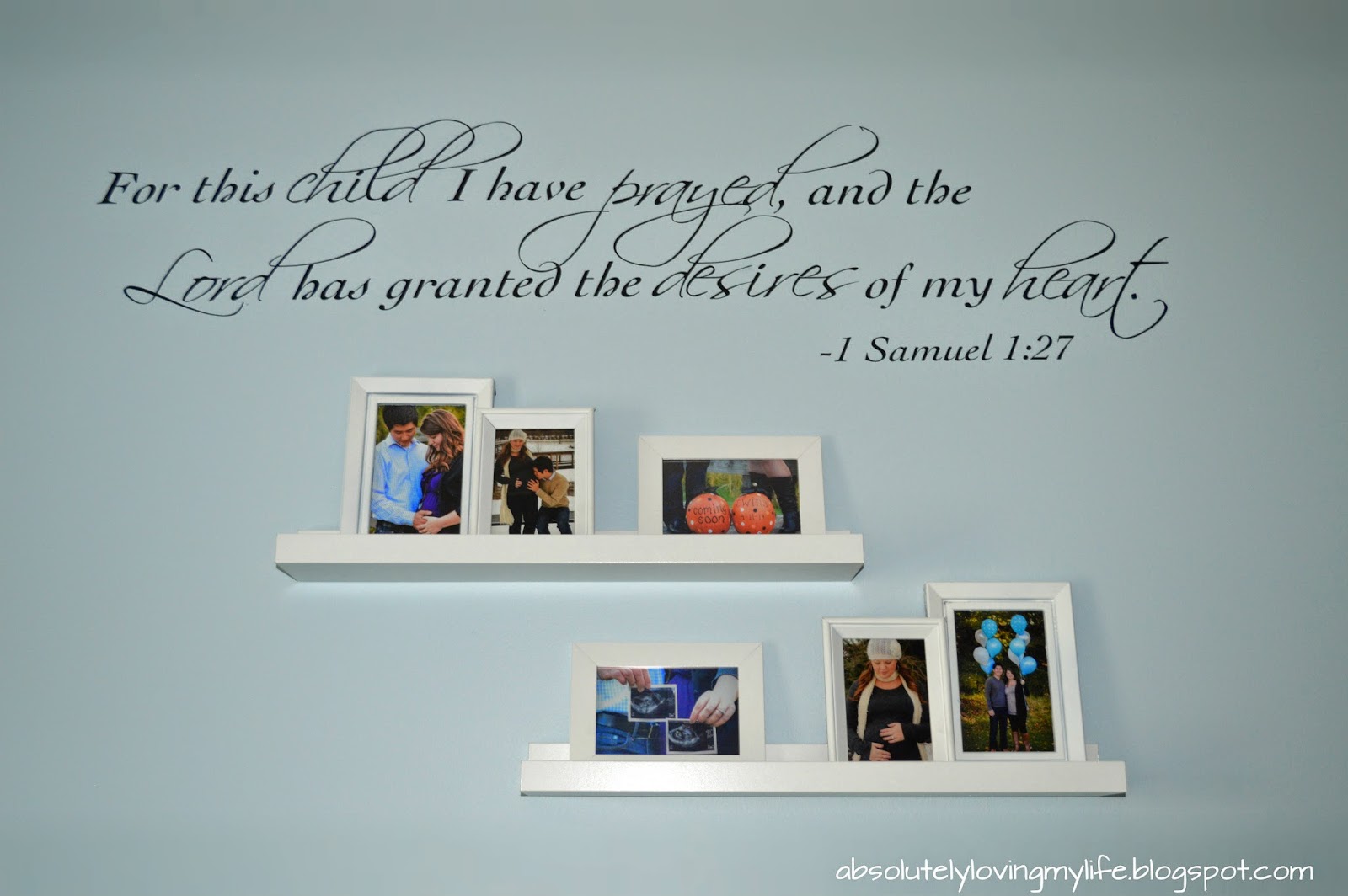 The frames were from the Dollar Tree.  Just like the Ikea frames, I spray painted the small Dollar Tree frames white.  They were black when I purchased them.  I found the shelves from Ikea for $10 each.  I love having pictures displayed underneath the “for this child I prayed” wall decal purchased from Amazon. 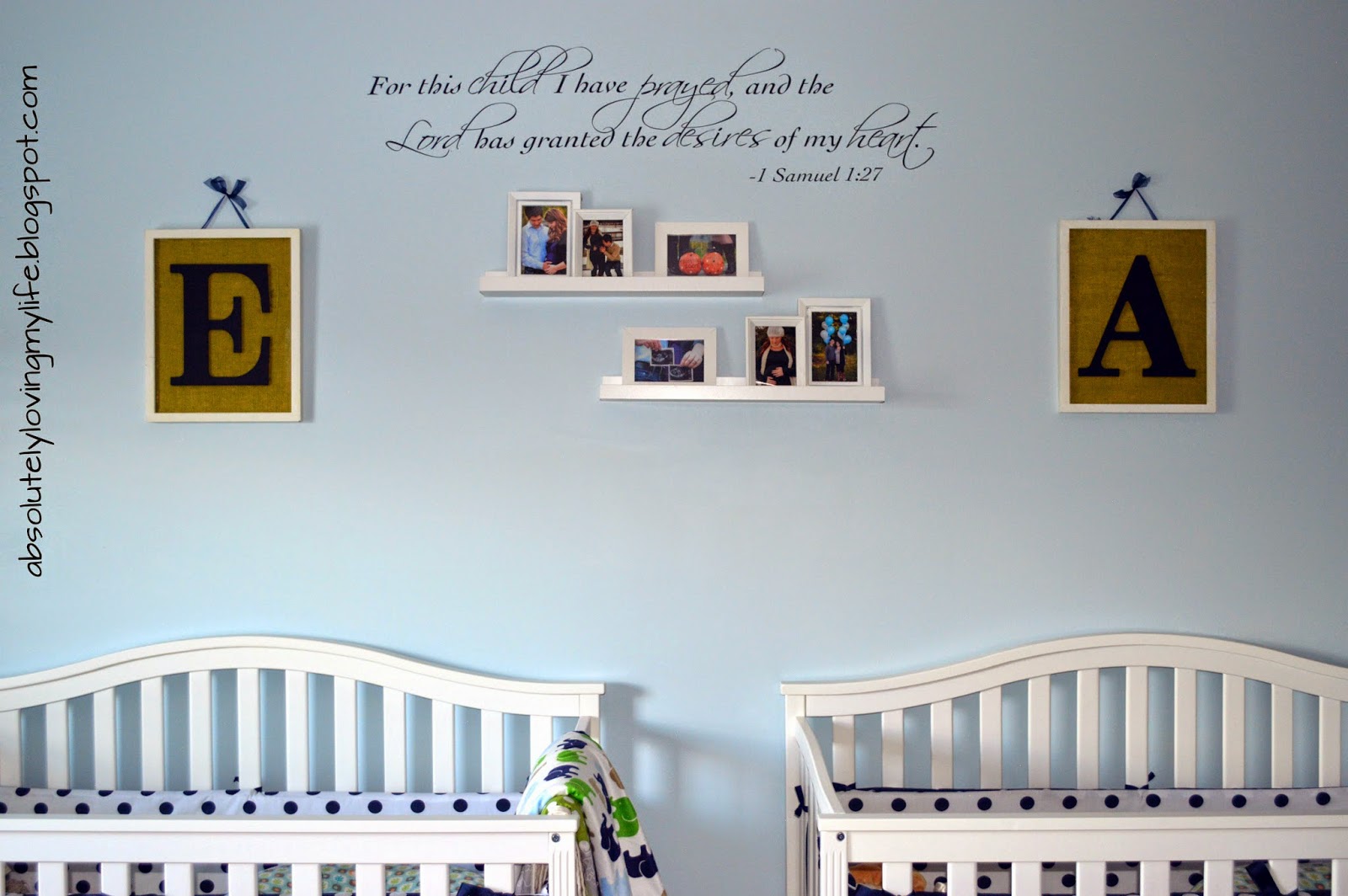 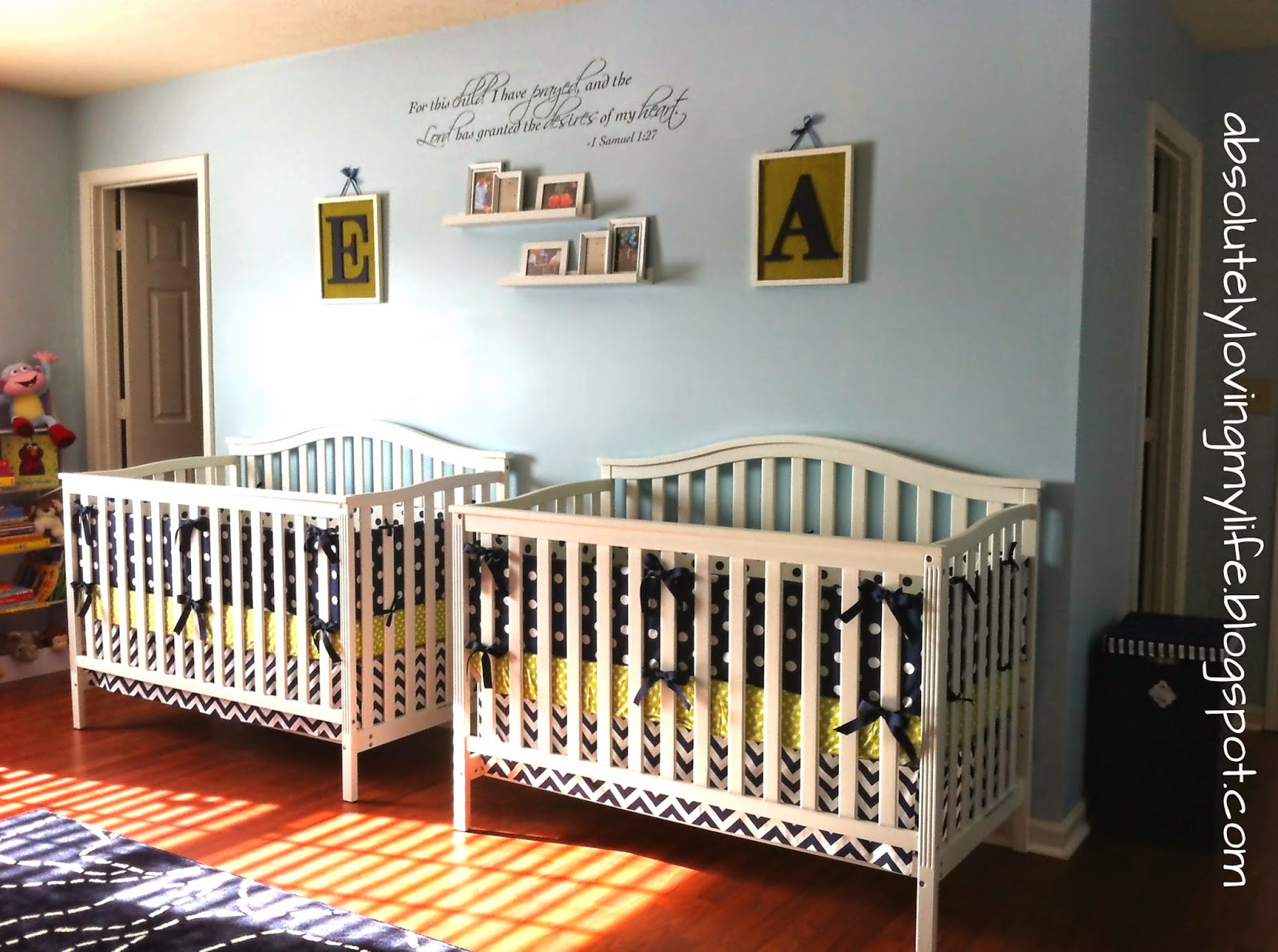 All of the frames, the two shelves and all of the printed photos cost less than $50.  I love using these photographs as art.  They are a beautiful reminder off how blessed we really are.
Posted by Rachel at 6:24 AM