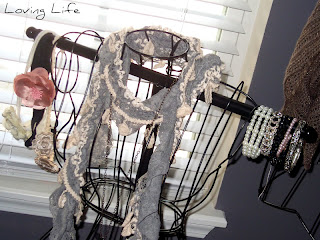 I love the look of a vintage dress form!  After looking for a reasonably priced one for our master bedroom, I soon realized that it was going to be difficult to find one for under $50.   You can imagine my excitement when I stumbled across one for twenty bucks in the 2011 holiday  edition of the Lakeside Collection catalog!  Unfortunately, Matt had just lost his job when I unexpectedly discovered the dress form, so spending even a meager twenty bucks on something that I wanted rather than something that I needed wasn’t really justifiable at the time.
I do, however, believe that my patience paid off.  After being extra frugal during the few months that Matt was job hunting, one of the first things I did for myself when he went back to work was order the Lakeside vintage dress form for our bedroom. The price was great, shipping cost were minimal, ordering was easy, delivery took about two weeks…..BUT when I saw the beat-up box on my doorstep my heart sank a little. L
I’ve ordered enough things online to know that when a box looks like it had a rough journey from the warehouse to my house, it’s probably not a good thing.  Sure enough, when I opened the box and began assembling my purchase, I was very disappointed.   The three pieces that screw together and make up the actual dress form stand were warped a little, making my dress form lean to the left when completely assembled.  To make matters worse, the top of the dress form began to break when trying to straighten the crookedness of the stand.
Sigh….I had to return it for a new one. When I called customer service to make the arrangements for shipping, they said to discard the old one myself instead of shipping it back to them.  Two weeks later, the new one arrived.  I assembled it and began hanging vintage looking accessories from its wiry form…….THEN, as I was picking and choosing which pieces of jewelry to add,  a light bulb went off  in my head.  What if I took the old dress form that was heading for the trash and tried to make it work with the new dress form?  Long story short, after some epoxy glue and eventually discarding the broken one of the three pieces that make up the dress form stand, I ended up with a shorter dress form to go with my new one.  So now I have two dress forms, and I only paid 19.99 plus shipping and handling.J
There’s a life lesson to be learned in this unusually long post about a dress form.  To put it simply, sometimes the things that disappoint us in life can actually be a blessing.  It may seem like a small thing, but two dress forms for $20 was worth it in the end, even if I had to patiently wait to order one, wait some more for it to be delivered, be disappointed when it arrived broken, and then wait again to order a new one.  The dress form is a minor example of a disappointment, but I can think of some major disappointments in my life that turned out to be a blessing in the end.  The bottom line is that sometimes we just need to be thankful for the disappointments of life.  You never know if they will turn out to be a blessing….. 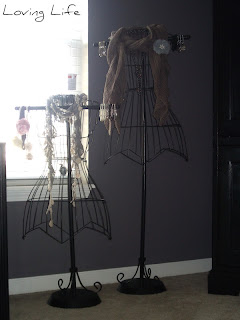 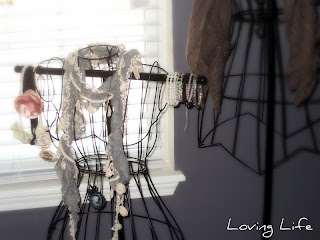 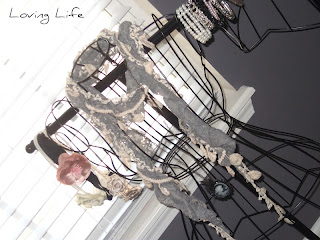 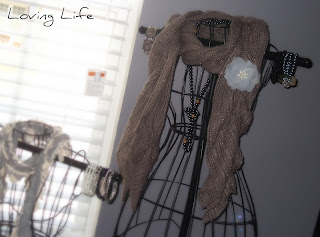 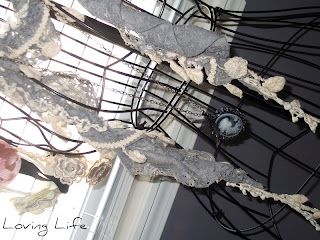 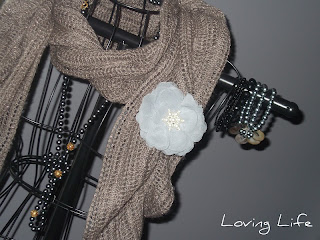 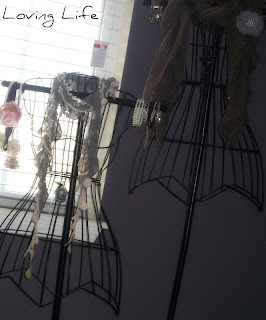